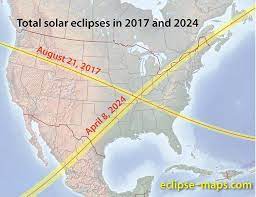 The heavens declare what is in store for America ^^.  We don't have to use our imaginations at all to understand that by 2024 we will all be able to say "she done."  in 2022 alone a record 2.4 million people were apprehended at the border.  What do the traitors with an (R) in front of their name have to say about this?  Keep the invasion of our border coming, we have other countries to defend.  What are the "patriots" doing about the invasion?  Getting paid on the talk show circuit and social media to blow hot air while the country formerly known as America crumbles.  What about the "pastors" and priests?  Surely they have sounded a state of alarm and are encouraging the flock to pursue repentance in sackcloth and ashes?  Nope, they too comfortable in their multimillion dollar altars to themselves buildings and they are trying to get paid too you know....  Can't let the rot, decay and destruction around them get in the way!

The "pastors," priests, "patriots" and politicians have sold the people down the river.  While allowing the invasion at the southern border of the U.S. to continue unabated the 4Ps above applaud the recent spending bills funding of hundreds of millions of dollars for middle eastern countries to strengthen their borders.  Not content with ignoring our own security while strengthening others, we are up to around 100 billion dollars spend on Ukr and climbing.  Our beloved leader Joey Diapers along with a complicit corrupt (R) party plan this spending and chaos to last at least into 2025.

Add to all this ^^ the moral degradation that appears to be picking up speed across the country and we start to understand why the Lord gave Amerika the big X.  It is this servant's custom to ask the Lord about the year ahead during the end of the previous year.  We are in this time now (end 2022/begin 2023).  In the middle of the night the Master gave this servant these words "controlled demolition" then followed up with this:

Now Joey Diapers along with his globalist accomplices in both parties are stepping down hard on the accelerator to speed this process up.  If there is good news in this for this world it is that along the way, the Lord pumps the brakes on this freight train into hell at just the right moments to ensure the demolition proceeds according to His plan and His timing.  Trump was an example of a brake pump that in no way stopped the train much less reverse its course.  We should not mistake brake pumps with stopping or reversing the train....

It appears now that the Lord is pumping the brakes less and less as we see the (R) traitors openly colluding with the Demon-crats.  Any "pastor" or priest who tells someone to "just get out and vote" should be categorized appropriately.  Barring some kind of Divine intervention, Joey Diapers will be (s)elected for another term and the pastors/priests/patriots/politicians will barely blink.

What is the purpose in outlining all of this ^^ here and now?  Preparation.  The Spirit of the Lord began impressing upon this nobody who writes to you today back in 2020 that we are to focus on our talents, skills and abilities in the year(s) ahead.  That counsel has not changed but now He has added the need for us to deeply embrace and understand this:

4Rejoice in the Lord always; again I will say, rejoice. 5Let your reasonablenessd be known to everyone. The Lord is at hand; 6do not be anxious about anything, but in everything by prayer and supplication with thanksgiving let your requests be made known to God. 7And the peace of God, which surpasses all understanding, will guard your hearts and your minds in Christ Jesus.

16Rejoice always, 17pray without ceasing, 18give thanks in all circumstances; for this is the will of God in Christ Jesus for you.

1I will bless the LORD at all times;
his praise shall continually be in my mouth.

Why is this ^^ going to be important?  Because its time to let go of the stuff around us.  Any illusions of normalcy in this world are being dispatched.  The separation of the wheat from the chaff has begun.  It is time for us to "right size" our expectations of this world.  Understanding what is happening and what is going to happen helps with this.

For those who dig their heels in refusing to accept what is happening there is the Word of God that has been 100% accurate.  He told us what was going to happen.  Guess what?  Its happening.  What about the Restrainer?

For the secret power of lawlessness is already at work; but the one who now holds it back will continue to do so till he is taken out of the way.

Notice the title of this post was controlled demolition.

Restrain-prevent (someone or something) from doing something; keep under control or within limits.

Restraint is taking place.  The enemy's "superman" has not arrived and as we can see from geopolitics, the demonic world order crowd has their hands full with certain countries who at the moment are telling them to go pound sand.

We need to be clear about what is going on and what is going to happen.  The Lord God told us all of this in advance.  What this servant is doing today is outlining what has been impressed along with some analysis of what our Lord has allowed and why.  Based on the information this servant has today it appears we may see some pumping of the brakes but the days of complete turnarounds appear to be behind us.  What we are seeing form before us is end time Babylon.  Just like all the other beast kingdoms before it, end time Babylon is doomed.

While we watch this end time drama unfold, we need to remember that we are here in this season for a reason.  Each one of us has a job to do for the kingdom.  The Lord does not want us in a state of despair or anxiety over what is happening:

4Rejoice in the Lord always; again I will say, rejoice. 5Let your reasonablenessd be known to everyone. The Lord is at hand; 6do not be anxious about anything, but in everything by prayer and supplication with thanksgiving let your requests be made known to God. 7And the peace of God, which surpasses all understanding, will guard your hearts and your minds in Christ Jesus.

That is why He told us some of this stuff in advance.  Now He has told us more stuff in advance.  Stuff that should not surprise us.  Surprise, Babylon is wicked and corrupt!!!  Duh......There are many varying details that will have to unfold in the days weeks and months ahead but keep the big picture in mind.  (S)elections have been stolen and will continue to be stolen (surpise!).  Your politicians are all rotten (surprise!).  Your pastors/priests/patriots/politicians will not save you nor even attempt to pretend to anymore.  Surprise!

This is what the LORD says: “Cursed is the one who trusts in man, who draws strength from mere flesh and whose heart turns away from the LORD."

We know what to do.  We have been told in advance.  Eyes off the world, eyes on the Lord.  He told us both what to do and how to do it.  While we are still breathing we need to develop and employ our God given and unique talents/skills/abilities in service to the Kingdom as the Spirit of the Lord directs us along our path.  This is not rocket science but it wont necessarily be easy either.

This will require faith, patience, discipline and focus.  < All things this world is sorely lacking.  The Lord is busy doing His work in the world and we need to do our part in it.  Our Master isn't exactly sitting up in heaven wringing His hands over what Joey Diapers and his globalist pals have planned.  We do our part, the Lord our God will certainly do His.  All accounts will be settled in time :)