The Truth About Trump

Did the Lord put Trump in office the first time to serve a purpose?  Yes.  What that purpose to "make America great again"?  Obviously not.  Here is a video of a well thought out argument that Trump is just as big of a problem as Biden (maybe if you can believe it-worse).

Trump did not lift a finger against Antifa.  Trump did not put a single crooked politician or business leader in jail (or even attempt to).  Trump filled his entire cabinet with swamp creatures while advertising "drain the swamp."  Trump was the president who owned the initial "warp speed" rollout of the enemy poison to sterilize and kill of thousands if not millions (the count is rising every day).  Trump is the one who decided after two weeks of "slow the spread" to do nothing to end lockdowns or end the state of emergency.  Trump is the person who oversaw the appointment of the modern day Dr Mengele (the Nazi "angel of death) Mr. Tony Fauci.  Trump has the opportunity as one of his last acts to fire Fauci, which he did not do.  Another interesting and prophetic fact is Trumps involvement with the nation of Israel, acting as Israel's friend.  Trump and his creepy son in law were working heavily on a peace deal that did not pan out while Trump was in office the first time. 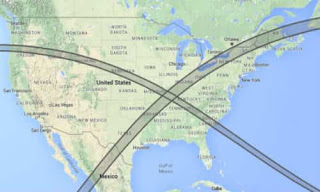 The Lord was watching to see how we would respond to the crisis America was already in when Trump was running against Hillary in 2016.  People chose to put their faith in a man instead of the Lord God, which means we failed the test.  Another example of people failing the test is when you go to the store and see people masked up (willingly), staying glued to the propaganda being pushed out of main stream media 24/7 and putting their faith in the media and government rather than God, that is failing the test as well.

This servant can guarantee you something, those who trust in the media and government to save them rather than God Almighty are in for a very very big let down to put it mildly.  The enemy comes to kill steal and destroy.  Those who serve the enemy (seemingly all around is from top to bottom) have in their mind and hearts to do their masters will.  Where our hope and faith are is where our destiny is.

It should be obvious by now that no politician is going to save anybody.  This is a Red Sea moment, either the Lord God parts the Red Sea or Pharaoh wins this battle (but not the war).  Our eyes must be glued to the only Person who can save in the here and now and the hereafter.  If the choices are Trump and whoever ends up replacing Biden seemingly in the near future, America has a choice between two devils.

At the current rate of death, destruction and enslavement (look at what is happening in Australia these days), it will be a miracle that any of us makes it in one piece to 2024.

With all this ^^ said is it all doom and gloom?  No.  This is where real faith shines and everything else goes into the dumpster.  Either our faith is real or its not.  Either the Bible is true or it is not.  Either the Lord God still works miracles and answers prayer today or not.  Each one of us who believes was put here in this season for a reason.  We have a job to do with the talents and abilities the Almighty gave us to do His will on this earth while we have breath in our nostrils.  The Lord is not deaf, dumb and blind.  He sees what is happening, He hears our prayers and He knows exactly what the enemy planned years ago and is implementing today.  For every more the enemy makes the Lord has a counter move which in the end leads to checkmate for the enemy.

We know how this story ends and we know the broad brushstrokes of how it plays out.  The finer details the Lord has kept for Himself to know and for this world to find out.  We are His soldiers and He is the greatest commanding General one could ever hope for.  We need to do our part.  We need to do our job.  Our work is to do exactly what He told us to do in His Word and to employ our talents and abilities to the best of our ability with His help and guidance along the way.  He never told us to go out alone and fight the good fight in our own strength.  If He does not empower us and lead us by His Spirit we are defeated before we start.  If He does empower us and lead us, we cannot be stopped.

Little children, you are from God and have overcome them, for he who is in you is greater than he who is in the world.

You did not choose me, but I chose you and appointed you so that you might go and bear fruit—fruit that will last—and so that whatever you ask in my name the Father will give you.

Whatever you ask in my name, this I will do, that the Father may be glorified in the Son.

^^ Whenever He repeats Himself He is trying to get something important across to us.  We are soldiers of the Great General The Lord Jesus Christ, King of Kinds and Lord or Lords.  What we do, we do in His name for His Glory and His Kingdom which is our Kingdom thanks to the blood He shed for us.

Its time to fast and pray like we never have before.  If anyone wanted to know what it felt like to be Israel standing on the shore of the Red Sea staring down Pharaoh's army, now we know.  It will take many literal acts of God for any of us to survive the day weeks and months ahead.

Last but not least while the world is focused on the big lie, our Lord told us He is coming back for us at a time we do not know.  Yes, it is a secret return:

“But about that day or hour no one knows, not even the angels in heaven, nor the Son, but only the Father.

32“But about that day or hour no one knows, not even the angels in heaven, nor the Son, but only the Father. 33Be on guard! Be alert e ! You do not know when that time will come. 34It’s like a man going away: He leaves his house and puts his servants in charge, each with their assigned task, and tells the one at the door to keep watch.

35“Therefore keep watch because you do not know when the owner of the house will come back—whether in the evening, or at midnight, or when the rooster crows, or at dawn. 36If he comes suddenly, do not let him find you sleeping. 37What I say to you, I say to everyone: ‘Watch!’ ”

So anyone who tells us they "know" when the Lord is coming back is a liar.  The only way to play this "game" and win is to be watching for the return of the Lord each and every day.  There is no downside whatsoever to doing this which is also by the way what we were told to do by the Lord God Himself.  Those who tell us "dont bother watching because of a,b,c,d,e,f and g" are ignorant and willfully disobedient.

There is no downside risk to doing exactly what we were told to do.  There is no way to miss the unexpected return of the Lord if we are watching and ready to meet Him each and every day.  It does not get any simpler or any more straightforward than that.  So we can put the rapture debate to bed and do what we were told to do day in and day out without worrying about when the Lord returns.  We are always ready:

34“Be careful, or your hearts will be weighed down with carousing, drunkenness and the anxieties of life, and that day will close on you suddenly like a trap. 35For it will come on all those who live on the face of the whole earth. 36Be always on the watch, and pray that you may be able to escape all that is about to happen, and that you may be able to stand before the Son of Man.”

Yes, we understand what "always" means without someone writing a 1,000 page book to explain to us why always does'nt actually mean always.

We have our orders.  We know what to do.  Now we just need to do what we were told to do.  This world is in the mess it is in because they tried to outsmart God and do things their own way.  We will not make that mistake.