The three options this writer sees going forward have been outlined before but lets recap quickly below:

1.  The Lord comes back soon, the world turns upside down

2.  The Lord does not come back soon but intervenes (Divine intervention) in the course of events to stop the enemy's advance.  The world does not turn upside down (yet).

3.  The Lord does not come back soon and does not intervene, allowing the enemy and his foot soldiers to continue advancing their genocidal agenda.  This morning it was impressed upon this nobody that this option is a kind of pre-tribulation tribulation.  How can that be?  "The" tribulation will be a Divinely generated events (Jesus opens the seals in Revelation-Him alone).  The enemy however is attempting to generate a tribulation of sorts on his own and so far has been allowed to advance his agenda deep into his playbook.

Don't take brother d's word for it, read the words that have come out of their own mouths.  Read up on the "great reset."  Read up on "build back better."  "They" plan to sweep the world with a broom of destruction only then can they "build back better" otherwise the saying makes no sense.  Read up on Bill Gates, who his parents were and what they believed.  Read up on how much farmland Bill Gates has purchased.  Then ask yourself "why would Bill Gates be buying up all that farmland?"  Also ask yourself why another food processing plant burns down mysteriously about every week and there are no investigations into why and zero action taken to protect the ones we have left.

Those who are hoping for "the cavalry" to show up this fall in Novembers (s)election are going to be very disappointed.  Instead of a "red wave" it appears the Demonic party will continue to hold the senate (60%+ odds) and the do nothing republi-rats modestly take the house (70%+ odds).  But as for a "mandate" to turn the tide of psychotic oppression coming out of the demonic party in wave after wave, forget it.  The republi-rat party has become the party of do nothings.  They flap their gums alot but as for actually taking any action whatsoever the slows the progress of the demonic party who are waging war on humanity they are 0% effective.  Every problem being laid at the feet of Joey B, the do nothing republi-rats had a hand it either through active support or though stepping out of the way instead of opposing.

In case anyone is still hoping that "getting out to vote" is going to save America check the X over America map for details how this all pans out about 2 years from now: 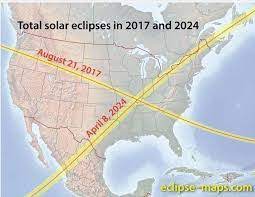 Think about how much damage Joey and his demonic allies have done to America in the past 2 years. Then consider the do nothing republi-rats have no desire or plan whatsoever to step in and reverse the bleeding.  Then consider the next two years (2023-2024) the demonic party and its allies are going to put their foot down on the pedal to accelerate what they have already set in motion over this past two years and you get a better idea of what that "X" over America in 2024 is about.

This brings us back to this season and what the Lord has allowed.  He allowed the demon-rats to steal the election in 2020 and press down the accelerator on their agenda.  Trump was in for awhile as a door stop to hold the door open for a little while longer while the Lord's plan and His timing lined up.  Now, He has allowed the enemy to advance their agenda to the point where only He can hold back their progress because we can see with our own eyes there are no political knights in shining armor coming to save the day.

As the walls close in on humanity we are supposed to get the message that mankind has screwed this place up big time and we need help to fix it.  That help is obviously not going to come from the same people who screwed it up so we are supposed to look up for a rescue.  That's the whole enchilada.  Mankind screwed it up and the Lord God is going to have to fix it.  Some people "get it" sooner and some get it later which is why the heat continues to get turned up.

You may ask "where did all this come from I thought the Lord is coming back in 11 days?"  This brother does not pick and choose what to write, when the Lord impresses this writer with something to write that is what gets written whether it makes sense or not :).  This nobody was somewhat puzzled by this message as well but we need to remember at this point we have no idea which scenario(s) the Lord has chosen for this season.  That is why He told us to be always watching and ready for His unexpected return.  That return does not have to be 11 days from now it could be tonight-we dont know.  We must be ready to go and ready to stay just like a soldier is always ready to deploy, but in the meantime continues to prepare and train.

Lets see what happens.  There have been alot of signs and signals that this brother has seen with his own eyes that suggest something important is set to take place in the near future.  While we wait to find out what that something is we continue to do what we were told to do.  We don't have to wait long to find out which way this is going to go.