It has been written here extensively that the enemy has not been given power or authority to start "the" tribulation, only the Lord God can do that (who opens the seals in Revelation...).  At the moment the enemy and his servants are attempting to jump start the tribulation but their efforts are doomed to failure unless the Lord God has it in mind to step out of the way.

We can see that the enemy has tried numerous times throughout history to do this same thing.  For example in WW2 the Nazis wanted a "1000 year reich."  1000 years huh?  Sound familiar?  Now about 80 years later the Nazis are trying to do it again.  The world leader whose last name starts with P who runs a big country that starts with R told everyone they are fighting Nazis in Ukr and there is proof galore that the man is not fabricating that information (do your own research on this topic). 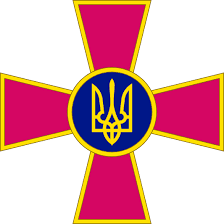 "They" have launched an all out offensive attacking on multiple fronts in their attempt to have their "world order" now but time and again they have failed.  We know why:

2 Thess 2:7 For the secret power of lawlessness is already at work; but the one who now holds it back will continue to do so till he is taken out of the way.

What we see in the world today is the armies of the (n)ew (w)orld (o)rder against that big country that starts with an R.  In His divine providence the Lord has seen fit to maintain a very tough nut to crack on the world seen that knows a thing or two about 1.  how to defeat Nazis and 2.  how to make some really nasty military hardware.  And oh yea lets not forget they have "tools" that make a big boom that looks like a mushroom when activated.  Bottom line is, at the moment there is no possibility, zero that the armies of the nwo are going to tackle R.....  The R's have already told the world they will turn the face of the earth into glowing molten parking lot before they allow Joey and friends to take over.

This ^^ presents a considerable problem for Joey and friends (by design).  And this is where we see once again the perfection present in the Word of the Lord:

1Now I watched when the Lamb opened one of the seven seals, and I heard one of the four living creatures say with a voice like thunder, “Come!” 2And I looked, and behold, a white horse! And its rider had a bow, and a crown was given to him, and he came out conquering, and to conquer.

Right now "they" are trying to get that conquering done and they are falling flat on their face.  Once this happens however but the one who now holds it back will continue to do so till he is taken out of the way.  Then this follows immediately:  behold, a white horse! And its rider had a bow, and a crown was given to him, and he came out conquering, and to conquer.  So, the first thing the man of sin does when he shows up on the scene is conquer everywhere his minions have (so far) fallen flat on their face.

So, every day we wake up and are able to have a semi-peaceful day we should thank the Lord God for it.  The enemy is trying everything in the playbook to turn the earth into a psychotic, demonic totalitarian hell hole but Someone is standing in the way.  We play a part in this Restraint which means we have work to do every day.  What the enemy is trying to do is obvious.  We are to pray that everything "they" want will fail.  They want war, we are to pray for peace.  They want darkness, we are to be the light.  They want rot and decay, we are the salt of the earth.

13“You are the salt of the earth, but if salt has lost its taste, how shall its saltiness be restored? It is no longer good for anything except to be thrown out and trampled under people’s feet.

14“You are the light of the world. A city set on a hill cannot be hidden. 15Nor do people light a lamp and put it under a basket, but on a stand, and it gives light to all in the house. 16In the same way, let your light shine before others, so thatb they may see your good works and give glory to your Father who is in heaven.

The Lord did not pull His Church out of the earth (yet) because there is work to do.  Each one of us is here in this season for a reason.  Whether we want it or not, or like it or not we were born to be here right now by design.  So, let us do the work the Lord has for us to do.  We dont have to go looking for it, for the vast majority of us the work we are supposed to do is right in front of our face day in and day out not in some far flung exotic place.  We have talents and abilities that are unique to us, given to us to do the work the Lord God has for us to do on behalf of the Kingdom.