Economic Collapse And The Anti-Christ

I just watched a show on Netflix called Hitler and the Nazis.  It was striking just how much went on back then that parallels what is happening right now.  One thing in particular was repeated a number of times in the show:  without the economic collapse of the 1930's, Hitler would not have risen to power.

Then as now, people don't look for a savior until things get bad enough.  It was the economic collapse then that made things bad enough for people to actually embrace Hitler and his message.  Even a casual look at the position we find ourselves in today should be enough to tell us we are about to be in the same boat again.

We probably have anywhere from 1 to 2.5 or so years left before the complete collapse of the global economic system.  We have already seen the economic deterioration begin and it should intensify this year but we probably have a little more time left before it all comes falling down.

Then what?  Then, once again the stage will be set for another Hitler.  In Hitler's day there was a strong wave of anti-semitism combined with a clash of fascism and communism.  Far left vs far right just like we see today. America has been taken over by socialists who would push the country to communist if they could.  Based on the amount of time left before economic collapse occurs it looks like they will fail, however..what will happen when a people sick and tired of having communist (left leaning) ideas shoved down their throat as must of the west has for years now, then has a collapse and someone from the far right rises up to challenge?  You get what you got back in the 1930's and 1940's but with a new face on it.

This new face will likely be the anti-Christ.  The world stage is set and ready for him.  The man who rises up with some charisma to give vent to the suppressed masses who hate Obama and everything he stands for will ride a tidal wave of support that will be unstoppable.  Obama and the left were the preparatory act to set the stage for the man of sin.  How clever.

If you have netflix you can watch the show here.

We are setup exactly, and I mean exactly like Germany was during the rise of Adolph Hitler.  The only ingredient that is missing is severe economic distress and that most certainly is coming.

The Lord has gone out of His way to warn us of what is coming.  We do not have to rely on decoding anything.  There is no need to decipher or interpret or do anything else but open our eyes..... 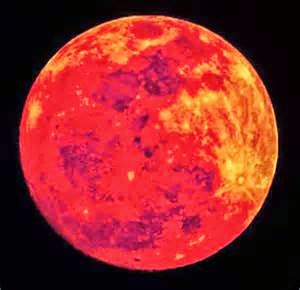 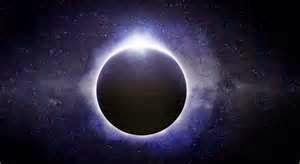 Add to these the dead animals by the millions, volcano, earthquake, drought, famine, flood, comets, every kind of upheaval, wars and rumors of wars..I mean, come on.  What else would it take for the Lord to get our attention?  And yet most are still asleep.

This coming economic collapse will almost certainly provide the stage for the rise of the anti-Christ rise on this earth.  They said it many times during the Hitler show, what people would not accept today they will follow whole heartedly given enough economic pain.  The anti-Christ and the mark of the beast will both be products of the economic pain that is just months away from us.

Who needs a 'thus saith the Lord' type prophet today when the Lord is sending signs this potent?  I can tell you that He has my full attention right now and play time is most certainly over.  What excuse will people have when they stand face to face with Him and say "but I didn't know" while He shows them the procession of signs we are seeing all around us today?

I have no condemnation for these people nor do I have a harsh word for any human bring on this earth today.  I also have no heart to debate or argue with people over what the Bible clearly says.  When we read what the Lord said is going to happen, then we clearly see it about to happen how can we not feel weak in the knees?  I would not wish what is coming on anyone, not even Hitler.  It will be that bad and it is coming soon.

Why write this to you?  The enemy of most people today is one word:  complacency.  We should not be complacent.  I love my Father in heaven but I also fear Him.  You bet I do.

Job 28:28 And he said to the human race, "The fear of the Lord--that is wisdom, and to shun evil is understanding."


With all that said I am trusting the Lord to see me and you through whatever it is we are on this earth to get through.  I do not know how many days are allotted me here and neither do you.  It is important to realize how short time is.  I know there have been many false alarms in the past but it appears the false alarms are over now.  Cows born with 7's on their heads the day of the shemitah year, the blood moons and eclipses all times perfectly with the economic collapse that is well underway prove beyond a shadow of a doubt this time is not just a drill.

The warnings are an act of mercy.  The blatant inscription of 7s on those cows is an act of love.  The Lord has warned this world above and beyond what I thought He would do to wake people up before hell on earth arrived.  I did not expect Him to be so obvious.  This is just another lesson to show the compassion and loving-kindness before judgement and retribution arrives.

We can all choose one or the other, judgement or mercy that is what this is all about.  The floodgates have not opened yet, there is still a little time left to do the things that should be done knowing full well how late the hour is.

I pray for all men and women, that they will come to a saving knowledge of our Lord before it is too late.  When we understand how bad things will get, I cannot imagine anyone with a heart for God not being grieved at even one person having to go through it.  Terror, and horror don't scratch the surface of it.

Lord forgive us all.  I pray for all the brothers and sisters in Christ, my family and myself that our sins are forgiven today and that we may be counted worthy to escape all that is about to happen and stand before you.