The Herd Won't Save You 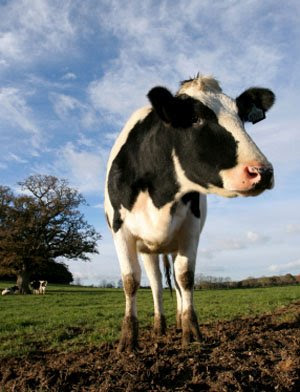 The "many" in this world are headed through the broad way, that leads to destruction. I did'nt say that, the bible did^^^^^. That's the herd..headed for destruction. Thinking like the world, acting like the world, leads to death. So why do people do it? Do they not believe whats in the bible? Do they not read the bible? Do they trust their 'pastors' to lead them to the right gate? This is an important question. People's love for the herd is going to get them killed, it's no joke. People love to admire other people, that's great until it interferes with your love for the Creator. Men love to consider the things that men do, but what about the thing God has done?

Mark 8:33
... he turning about, and seeing his disciples, rebuked Peter, and saith, Get thee behind me, Satan; for thou mindest not the things of God, but the things of men

The idolatrous pastoral system stands at the head of the herd, leading it right over the cliff. If men really loved the Father, they would mind the things of God REGARDLESS of what other people thought. Nobody ever promised you that the true christian walk would make you popular. On the contrary, it will make the world HATE YOU. Todays pastoral system and the form of babylonian churchianity that dominates this world will HATE YOU. The message of the cross, the true gospel undercuts their worldly power and authority over men, and that, they will not stand for. Gosh, sounds like a familiar message don't it? Something similar to this?

Luke 19 :45 And having entered into the temple, he began to cast forth those selling in it, and those buying, 46 saying to them, 'It hath been written, My house is a house of prayer -- but ye made it a den of robbers.'
47 And he was teaching daily in the temple, but the chief priests and the scribes were seeking to destroy him -- also the chiefs of the people -- 48 and they were not finding what they shall do, for all the people were hanging on him, hearing him.

The religious leaders of Jesus' day wanted to kill him. Today's religious leaders want the same thing. They love of money and power, the true good news message impedes this worlds death grip around the throats of the sheep, therefore they HATE the message of Jesus. Dens of robbers are propped up on every corner in every city of America. The creator has always wanted the sheep to follow HIM, to allow him to be their king, their leader, but they'd rather follow men, they'd rather be cattle MOOOOOOOOOOOOOOOOOOOOOOOOOOOOOOO. They don't seem to mind that it will get them killed. People have believed the lie that satan, and this world have taught them. It's a lie of relativity. The cattle think to themselves that they are no worse than their neighbors, they are'nt 'bad people' they are 'basically decent.' Their conscience is 'serviced' weekly by the spiritual prostitute, and they go on, week by week, month after month, year after year. Unfortunately one day, they'll wake up to a VERY unpleasant reality. Jesus does'nt know them. I did'nt say that, HE DID

Matthew 7:23
... Then I will tell them plainly, 'I never knew you. ... And then will I profess untothem, I never knew you: depart from me, ye that work iniquity

Time is short, the time for warnings might be over today or tomorrow, I don't know. The time to get right with Jesus is today. Not the false christs that babylonianity teaches, the true Jesus that you can find in your bible. He stands knocking on the door of your heart. Do you think Jesus said there would be a cost for following him for nothing? Part of the cost will be turning in your lifetime membership card to the HERD. They WILL kick you out. When the Holy Spirit enters you and sets up his home within you, you wont care what the world thinks anymore. Trust me, you don't know what freedom is until you've tasted freedom from the herd.

We are part of a flock, but the flock is scattered. One day soon, we will be united again, until then we do what we do, which is follow the good shepherd. Time is shorter than you think, grace and peace
Posted by Brother D at 5:25 AM